The idea of ​​a strong Cyprus-France alliance in order to deal with the Climate Change, was emphatically supported by the former Prime Minister of France, Laurent Fabius, during his exclusive interview to Prof. Costas N. Papanicolas, within the context of CyBC and the  Cyprus Institute’s TV show “Science and Society”.

The architect of the Paris Agreement on Climate Change, Laurent Fabius, supported Prof. Papanicolas’ proposal for an alliance between the two countries to coordinate the fight against Climate Change. Laurent Fabius also stated that such cooperation is imperative, as the relations between the two countries are at an excellent level, in all areas. At the same time, he praised the Initiative of the Republic of Cyprus for their coordination in the EMME Region to take action in this direction, stressing that such an action would be a bridge between the European Union and the Middle East in the global fight against Climate Change.

Fabius' revealing interview was aired on CyBC TV channel (RIK 1), as part of the TV show “Science and Society” and in particular about the thematic of “Climate Change: Avoiding Irreversible Situations” and their guests Panos Hadjinicolaou, Associate Professor at The Cyprus Institute and Kostas Kartalis, Professor and Director of the Physics and Environment Department at the University of Athens. 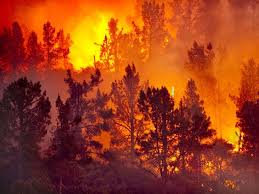 The speakers focused mainly on assessing the implementation of Paris Agreement and the rapid evolution of the Climate Change and its extreme weather conditions, such as catastrophic fires around the globe, prolonging periods drought, and a dramatic reduction in rainfall. The same issue will be addressed by next TV show on October 23rd.